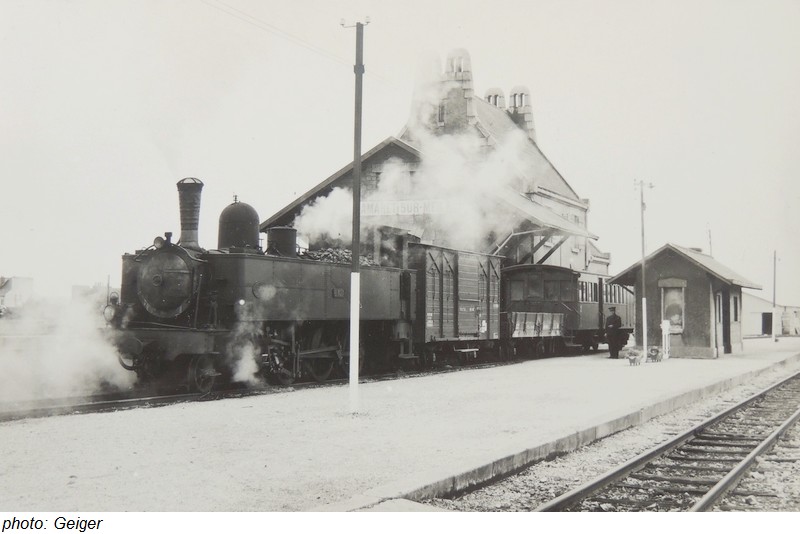 The Armorican / Breton railways or Réseau Breton (RB) were a metric rail network (gauge of 1m tracks) completing the network of the SNCF. The operating company was the Societe Generale des Railways Economiques which had a contract of delegation of exploitation (leasing) with the parent company of the railways of the West (the outlines). The Châteaulin line Camaret-sur-Mer or Le Fret served the stations (on the Crozon peninsula) Telgruc-sur-Mer, Tal ar Groas, Brospel halt, Crozon-Morgat, Perros-Poullouguen (line bifurcation - direction Le Fret or Camaret-sur-Mer). The construction of the tracks began before the First World War (1910) for a commissioning of Crozon at Châteaulin on August 13, 1923 and the other sections on June 14, 1925. This is late in the Breton railway chronology. The first Breton trains circulate in 1891.

At the time, it was first of all a transport of imported goods for missing products on the peninsula and the export of fishery products and agricultural commodities. The Tal ar Groas station saw the passing of military personnel from the Lanvéoc-Poulmic air base.

First decline on the spur of the Freight port. The freight station received scallop shells and some travelers boarding for Brest on the pier. The shells and other peaches left for Paris-Orléans (Orsay station in Paris) in a tide box car. Traffic become insufficient. From May 1946, the transport of travelers is no longer assured. Only goods still circulate

Gradually, it is the tourists who have taken the railway line n ° 7. Morgat and Camaret-sur-Mer have become popular holiday spots. The line reached its peak in the fifties before declining very quickly under the influence of car traffic. The line was closed on April 28, 1967. The stations have become homes (Crozon - Tourist Office) very often.

The Crozon elders regret the disappearance of their train! They liked the regularity, the simplicity, the proximity ...

The rails and sleepers have since been removed. Today the route has become a bike path and a place to walk between Tal ar Groas and Crozon (the green flow). From Crozon to Camaret or the Freight, the excursions are equestrian, cyclists and pedestrian with an approach to the pond of Kerloc'h and the richness of its fauna. These circuits allow to move quickly on the peninsula without being confronted with the road traffic.

Crozon Peninsula stations were designed according to a plan by architect Julien Polti (1877-1953). They are therefore built identically. They are nicknamed the bigoudenes because of openwork granite chimneys resembling an embroidered headdress of Breton bigouden country. The little building that precedes the station was latrines and lamp-making. Then the train station itself with its waiting room and its interior ticket office. On the floor, the housing of the stationmaster. Attached, behind the station, the hall covered with goods.

The relief taken by the line did not require the construction of impressive structures such as tunnels and viaducts but that of bridges in stone or apron representative of the first quarter of the 20th century (double bridge Launay on the Aber at Telgruc, Kerloc'h bridge at Crozon, Perros bridge, Saint-Drigent bridge).

Each station forms an alignment consisting of a two-storey main building (accommodation of the stationmaster, travelers' room) adjoining a mercantile hall with overflowing roof. If the design of the buildings of the Châteaulin-Camaret line is identical to that of the other buildings of the Societe Generale des Railways Economiques (same number of rooms, same surface, same structure), the architectural style is original, inspired by the movement regionalist, in vogue in the first quarter of the 20th century.

The eccentric position of the line and its tourist vocation explains this aesthetic choice that contrasts with the other models created by the Company. The holiday homes of Morgat may have inspired the author of these stations, Julien Polti, architect of the state railways. The use of materials supposed to represent the "Breton style" is part of this regionalist movement: slate for the roof, light gray granite of the Aber-Ildut for the basements, the cornices, the frames of berries and the stones of sitting of the gables.

For the Crozon station serving the largest conurbation of the peninsula, an extra effort was made: the implementation of the walls is rubble hexagonal Armorican sandstone from the local basement. The large slope of the roof, the open gables, the high chimney stacks paired with the highly stylized openwork, the design of the openings inspired by the Art Nouveau aesthetic give these stations a unique character. This character also affects the discounts for machines Crozon and Camaret stations whose silhouettes evoke that of a locomotive.

Only the halts of Perros Saint-Fiacre and Argol are in line with the type in force on the Breton network with the use of red brick for the frames of the bays, corner chains and horizontal strips. 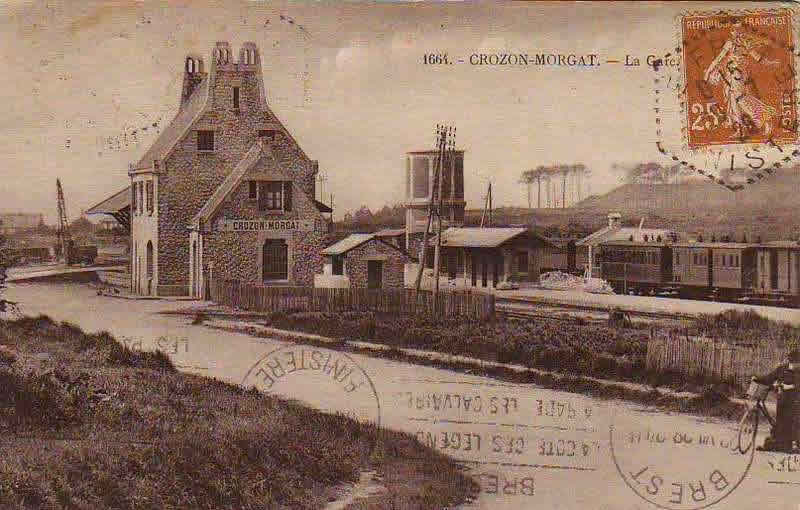 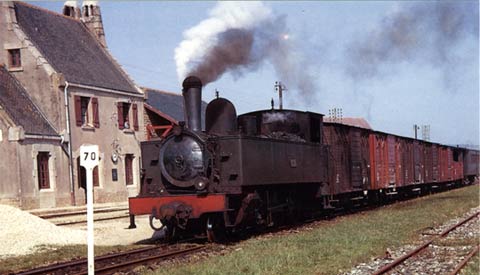 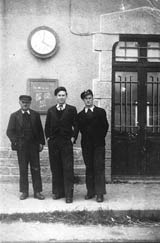 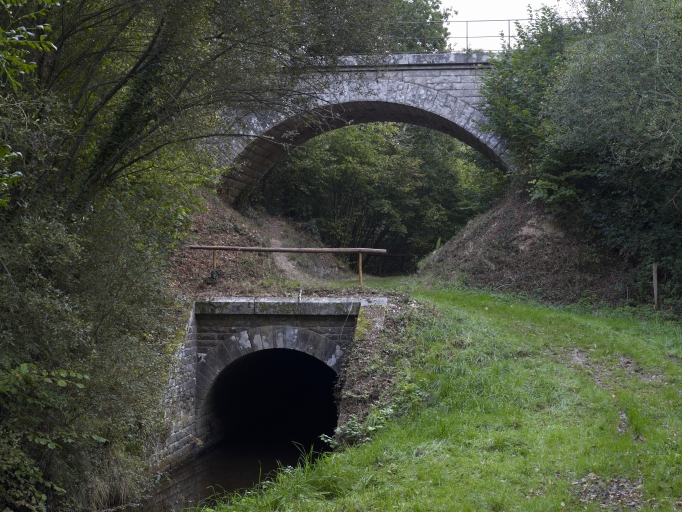 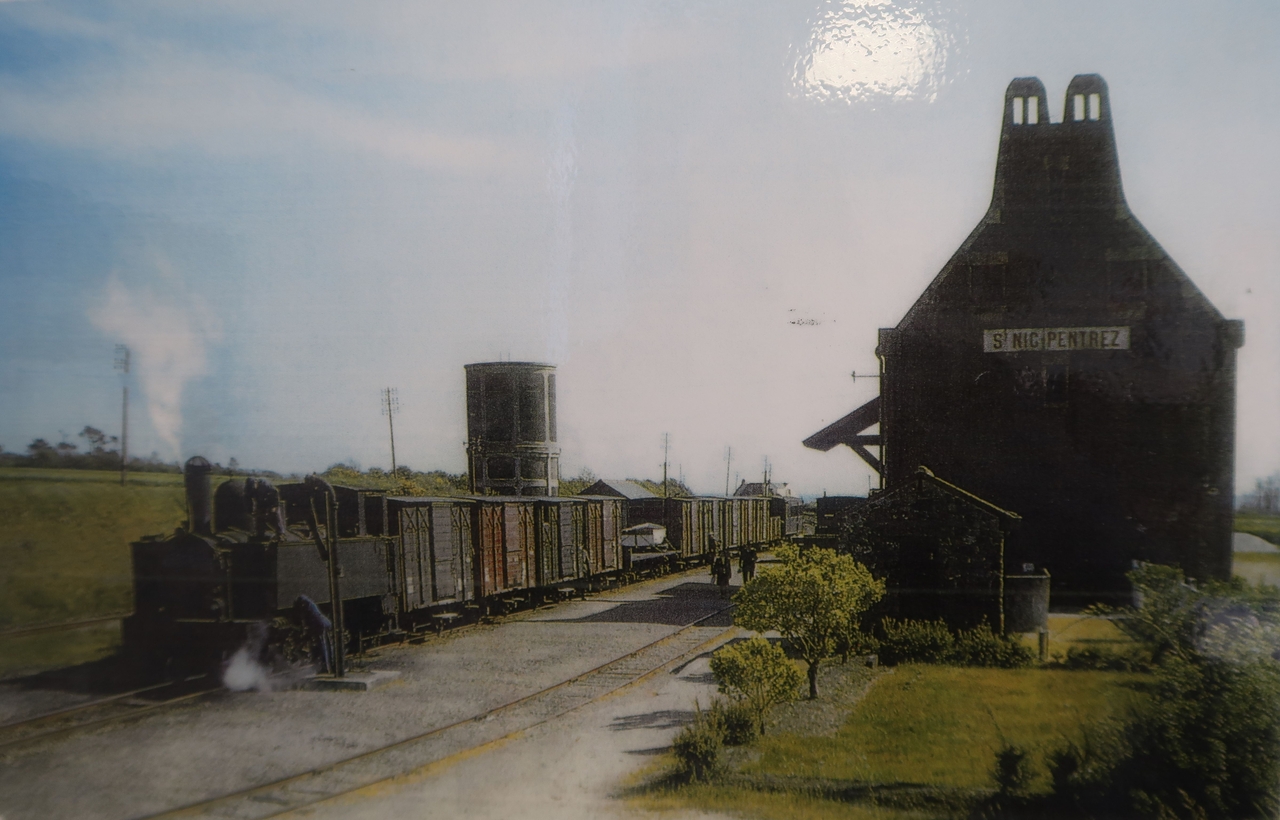 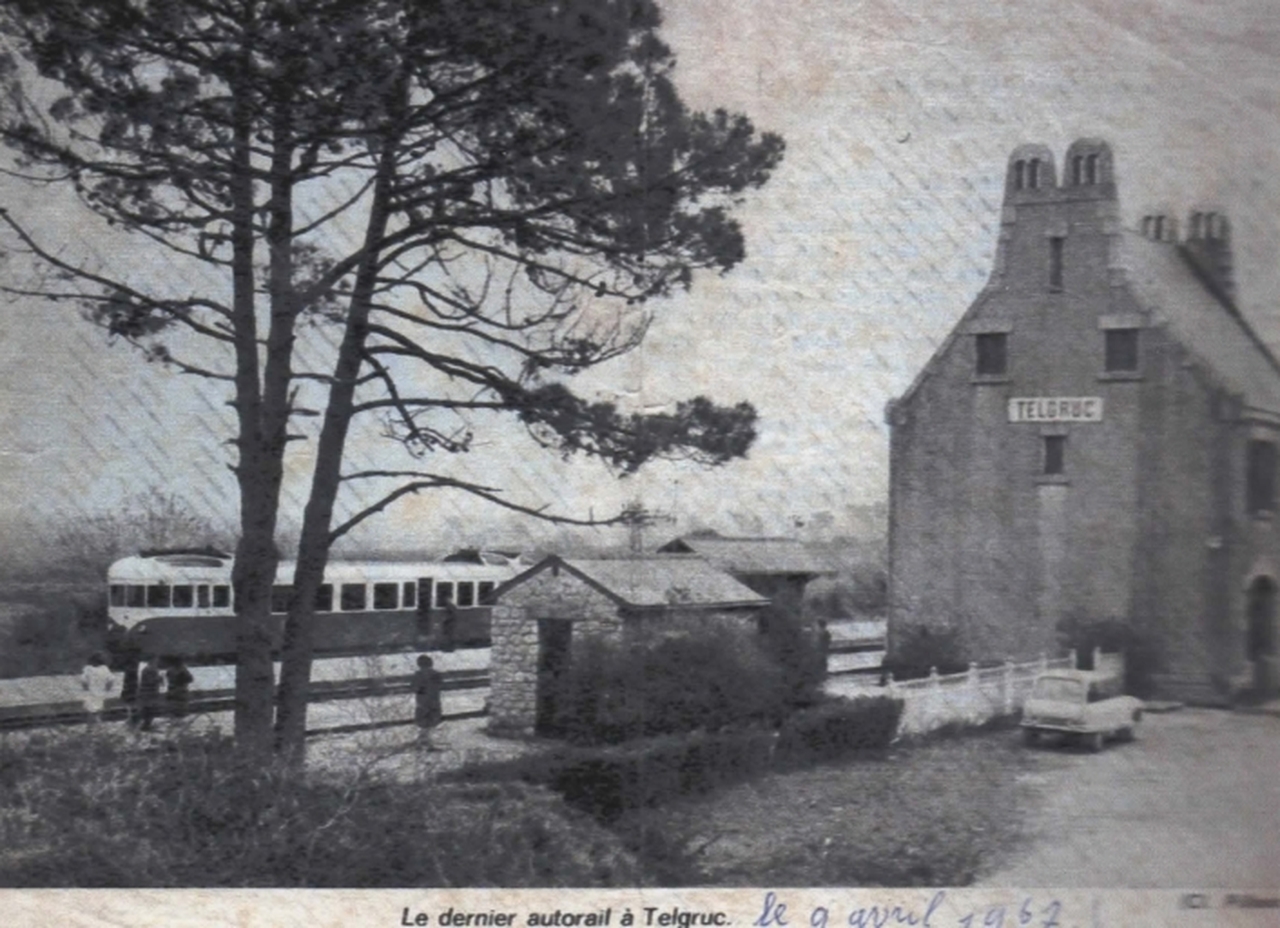 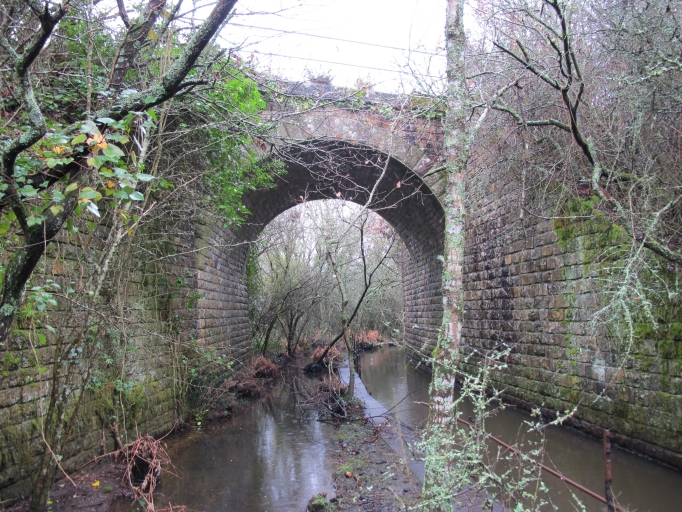 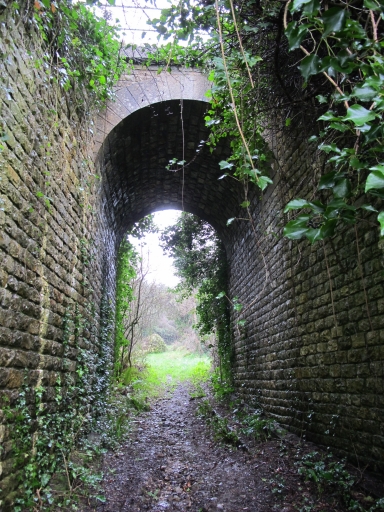 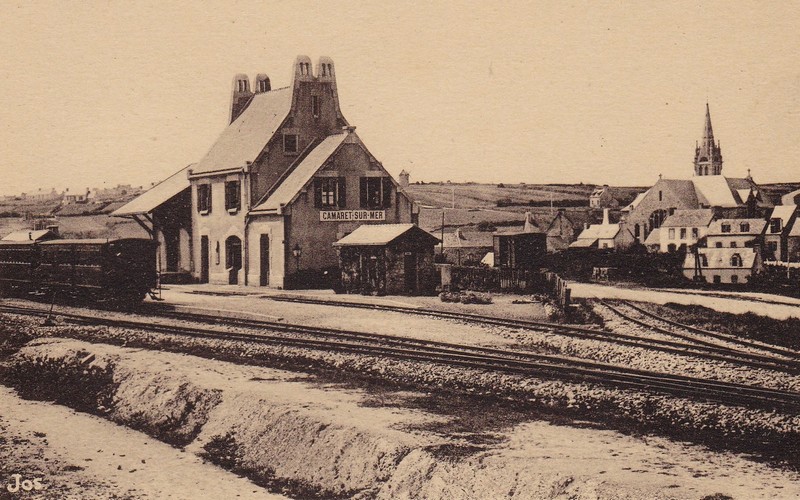 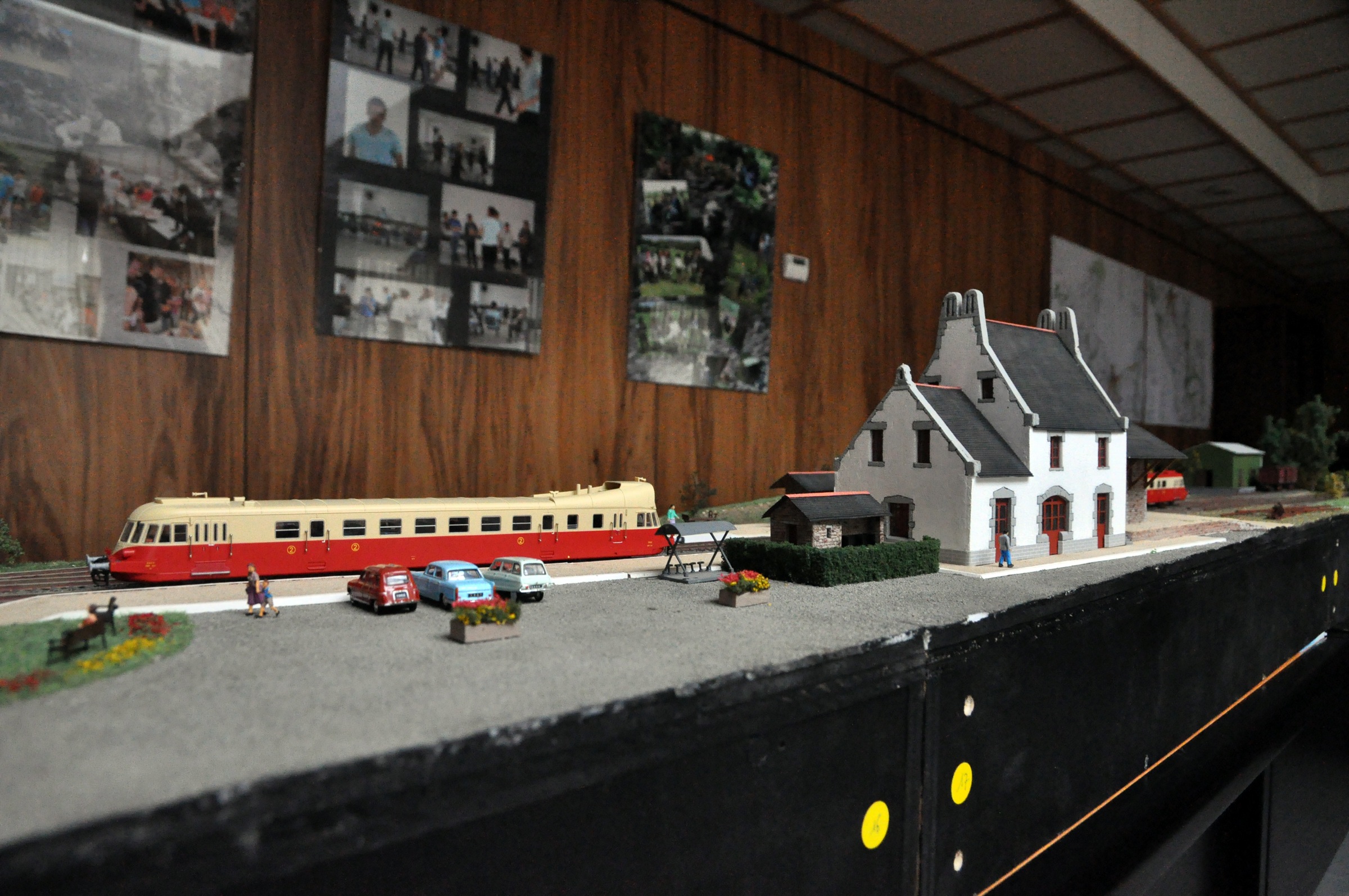 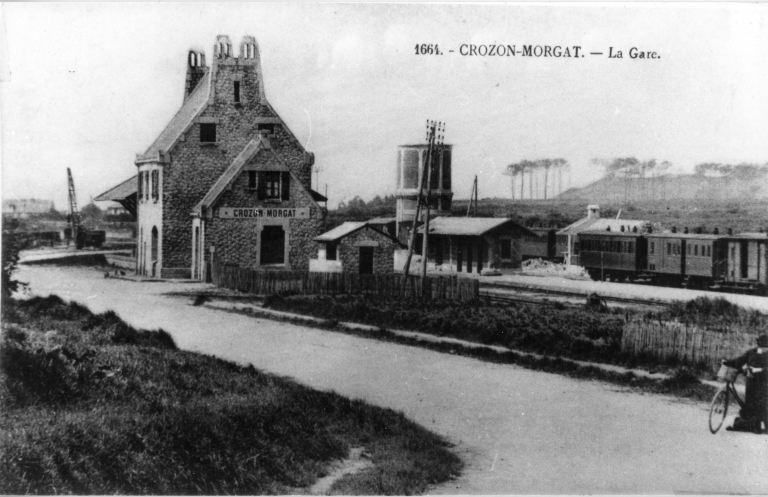 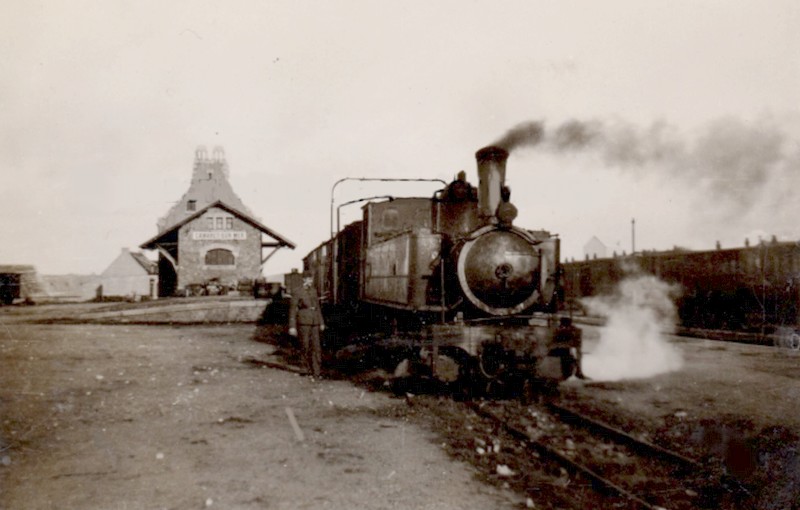 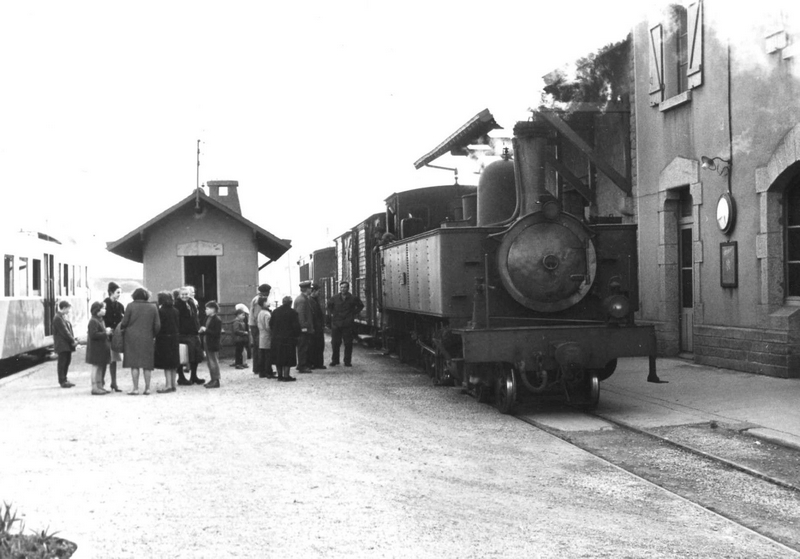 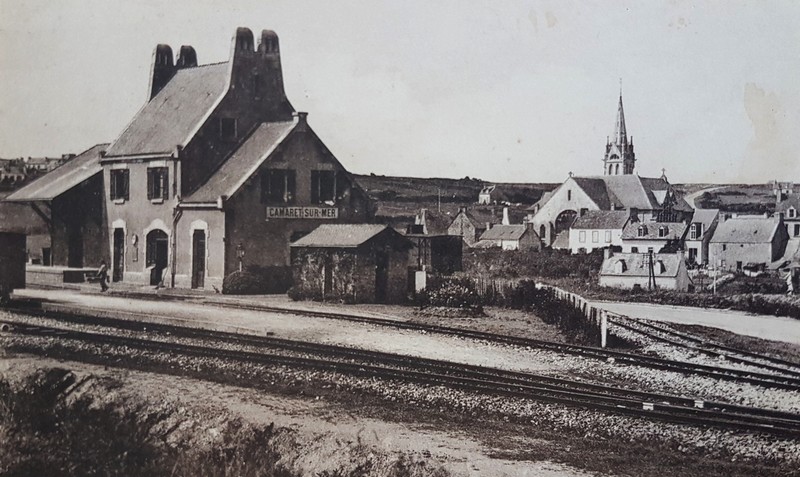 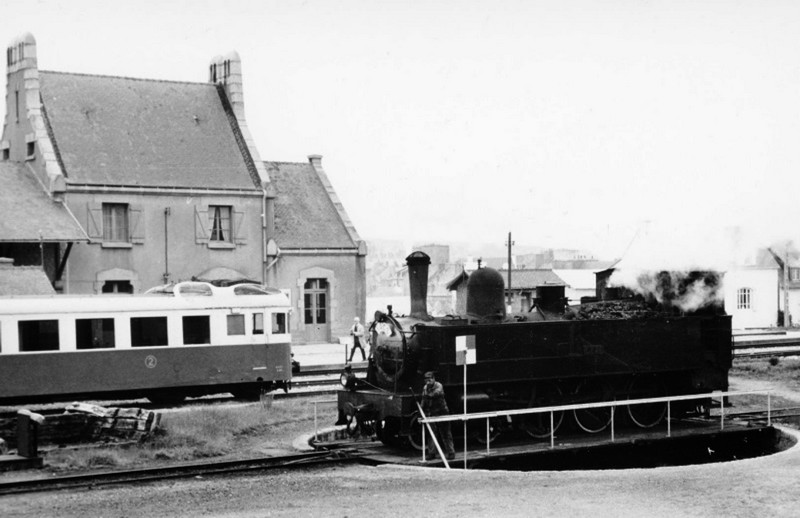 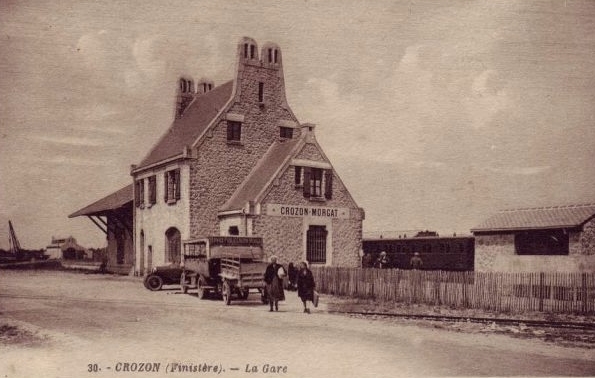 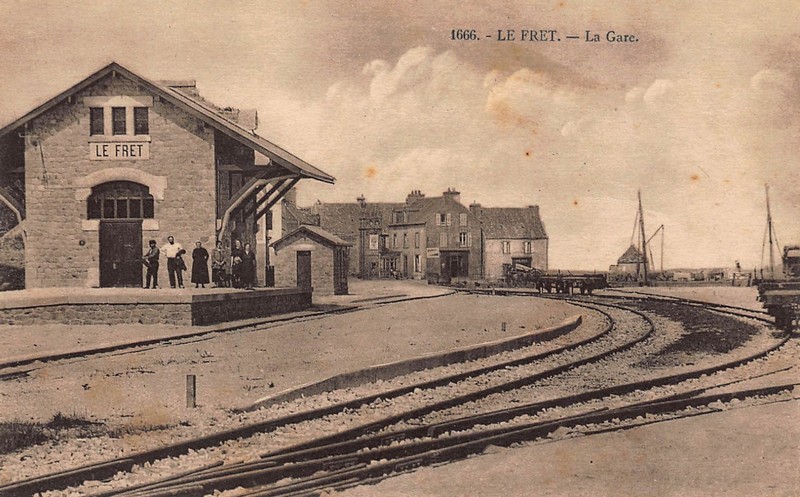 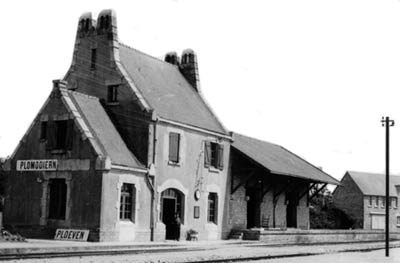 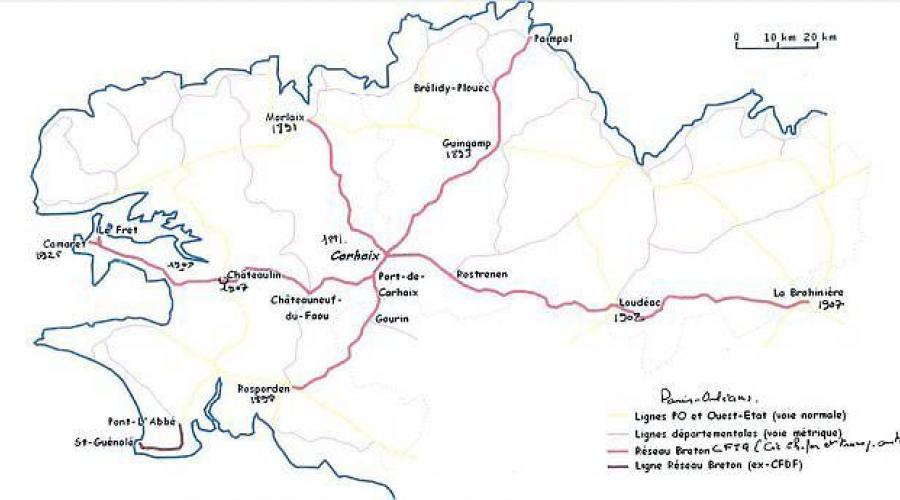